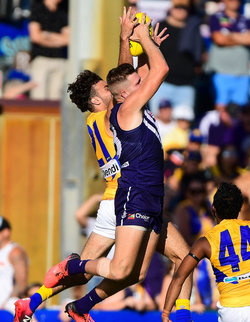 The AFL has today announced the fixture for the 2020 Marsh Community Series.

The 2020 Marsh Community Series hosts matches around the country across 19 days.

The opening match will see footy return to Moorabbin as RSEA Park plays host to St Kilda vs Hawthorn on Thursday 20 February at 7:10pm EDT.

Matches played at new venues also include Whyalla and Lathlain, and return to regional venues in Wagga Wagga, Wangaratta, Colac and Morwell.

Each club will play two matches in the Marsh Community Series with all teams playing in the final week to ensure equal preparation leading into Round 1 and all clubs have a minimum of a seven day break.

All matches will be broadcast live on Fox Footy and through the official AFL App thanks to Telstra.

AFL General Manager of Broadcasting Travis Auld made the announcement at Ikon Park in Carlton, which will host the Blues vs Lions match on Sunday 8 March.

“Our two objectives for the pre-season fixture is to give clubs the right opportunity to prepare ahead of the season and to take the matches to the regional and suburban grounds.” Mr Auld said

“The regional matches give fans the opportunity to see the elite players up close.”

“The Marsh Community Series celebrates the entire AFL community: the local clubs, businesses and people who support and love our game. The series is about bringing people together through the power of footy.”

The fixture release coincides with the announcement of Marsh, the world’s leading insurance broker and risk adviser, as the ‘Official Risk Partner’ of the AFL.

Marsh recently acquired long-term AFL partner JLT and will see the relationship with AFL, which commenced in 2004, continue long into the future with Marsh extending the relationship as naming rights partner of the Community Series into its fourth year.

Marsh Head of Risk Management, Damian Schinck, was on hand for today’s announcement:

“Our strength as the Official Risk Partner for the AFL continues, ensuring a safe, enjoyable platform for hundreds of thousands of spectators, officials and players around the country. We’re really proud to continue our long-term partnership with the AFL, to benefit the wonderful community around AFL.”

“Hosting a Marsh match leaves legacy facilities in place for local clubs and councils. This investment goes beyond the game itself, with any infrastructure providing a home for a community’s biggest moments, on and off the field.” Mr Schinck said.

“As the Official Risk Partner of the AFL, Marsh use data and tools to constantly anticipate and mitigate evolving risk in the AFL. Marsh and AFL work in partnership to drive the National Risk Protection Program - keeping our stars in the game and creating a pathway to a safer game for all.” Mr Schinck said.