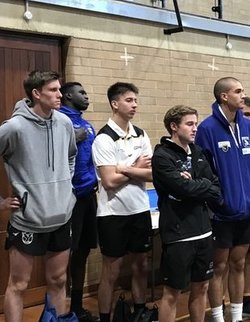 The AFL State Combine for Western Australia was held at UWA yesterday, showcasing some of the best talent from around the state in front of majority of the AFL Clubs.

Players needed to be nominated to test at the combine, with players such as Tim Kelly, Matt Parker, Liam Ryan and Liam Baker all forging careers in the AFL from the same event.

Perth’s Regan Clarke showed his fitness capability to equal the best result in the Yo Yo Test for 2019, 21.8. The youngster was level alongside six other athletes from the National Combine and testing in South Australia.

Claremont’s Cameron Anderson was quickest in the 20-metre sprint, finishing with 2.88 seconds. Bennell capped off an outstanding day with a time of 2.97 seconds.

West Perth’s Noah Pegoraro dominated the jumping aspect of the testing to take out the Vertical and Running Vertical Jump.