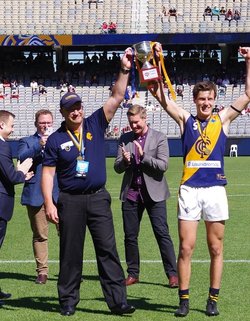 GRAND Final day upsets continued in the Colts at Optus Stadium with Claremont knocking off a Peel Thunder team who had a dominant season thanks to the last goal and a remarkable smother to secure the win.

Claremont's reserves couldn’t cap off a dominant season by winning the Grand Final to start the day at Optus Stadium suffering a loss to West Perth, and it was a similar story in the colts decider with the Tigers upsetting the Thunder in an outstanding contest from start to finish.

Peel had a dominant colts season winning 14 of 16 matches during the home and away season, and then defeating Claremont in the second semi-final to advance straight to the Grand Final.

Claremont had to win into the Grand Final the hard way by winning last Sunday's preliminary final against West Perth and the stage was set for a cracking contest between the Thunder and Tigers.

After Claremont led by 15 points late in the first quarter, Peel responded and had their own 14-point advantage by three quarter-time after a purple patch from Ben Middleton where he kicked three of his five goals.

But the game was destined for a thrilling finish and that happened with Claremont taking the lead after kicking three of the first four goals of the last term.

Tyrone Thorne then put Peel in front only for Anthony Davis to put Claremont on top and the Tigers would stay there thanks to a remarkable smother by Leno Thomas in the dying seconds as Peel had a shot on goal. That was it and Claremont prevailed 13.4 (82) to 11.11 (77).

The premiership triumph means Claremont remains the dominant colts team in recent times including having now won four of the past seven flags.

There were plenty of standout performers on either side but no one better than Jack Cooley for Claremont. He received the Mel Whinnen Medal for his performance made up of 33 possessions, seven tackles, seven inside-50 entries and five marks.

Isaiah Butters had only kicked five goals all season for the Tigers but stepped up to boot four from five kicks in the Grand Final while Jack Buller and Charlie Malone kicked two apiece.

Ben Middleton threatened to be a match-winner for Peel kicking five goals and having nine shots from his 11 kicks and five marks. Isiah Winder also kicked two goals.

Having been the standout team all season and then beating Claremont in the second semi-final, Peel deserves to start the Grand Final as favourites but it soon became clear there wasn’t too much between the sides.

Claremont made the perfect start with a goal to Jack Buller less than a minute into the Grand Final but Peel answered soon after courtesy of Isiah Winder.

But Claremont was up for the challenge and with Isaiah Butters kicking two goals in as many minutes and then Logan Young adding another, the Tigers had all the momentum with a 15-point advantage.

The Thunder had closed the gap by quarter-time, though, thanks to a running goal through Jarvis Pina where Claremont didn’t keep check on him during a 50m penalty, and then another through Ben Middleton.

That saw Claremont just two points up at quarter-time and then Peel made it four goals in succession when Winder and Jaxon Egan opened the second term with impressive goals.

Claremont pulled one back thanks to Max Spyvee and then after Peel again went up by 10 points with a second from Middleton after a clever snap, the Tigers stayed in touch with Butters' third and it was a four-point game by half-time.

Claremont then continued that momentum for a blistering start to the second half with a fourth goal to Butters and a second to Buller to suddenly hold a seven-point advantage.

It wouldn’t last, though, and it was Middleton that was proving the difference maker as he kicked three more goals in the space of nine minutes to have five for the Grand Final at three quarter-time with Peel up by 14 points.

The Grand Final would get a grandstand finish though. Claremont kicked two goals inside four minutes to start the last quarter thanks with Ben Schuhkraft marking strongly on the goal line and Charlie Malone snapping cleverly.

The Thunder restored their seven-point advantage thanks to Connor Heuer but then the Tigers were back within a point when Jye Clark kicked a good goal on the run.

Claremont then assumed the lead courtesy of Malone's second snapped goal of the last quarter. It appeared Tyrone Thorne was the hero for Peel when he kicked a set shot goal after a free-kick and Peel led by a point with four minutes remaining.

But a clearing kick by the Thunder defence didn’t get the job done with Anthony Davis taking the mark and slotting the winning goal.

However, it was a remarkable smother from Leno Thomas on Jonathon Ietto who was shooting on the goal that was the last play of the game to ensure Claremont scored the remarkable win. 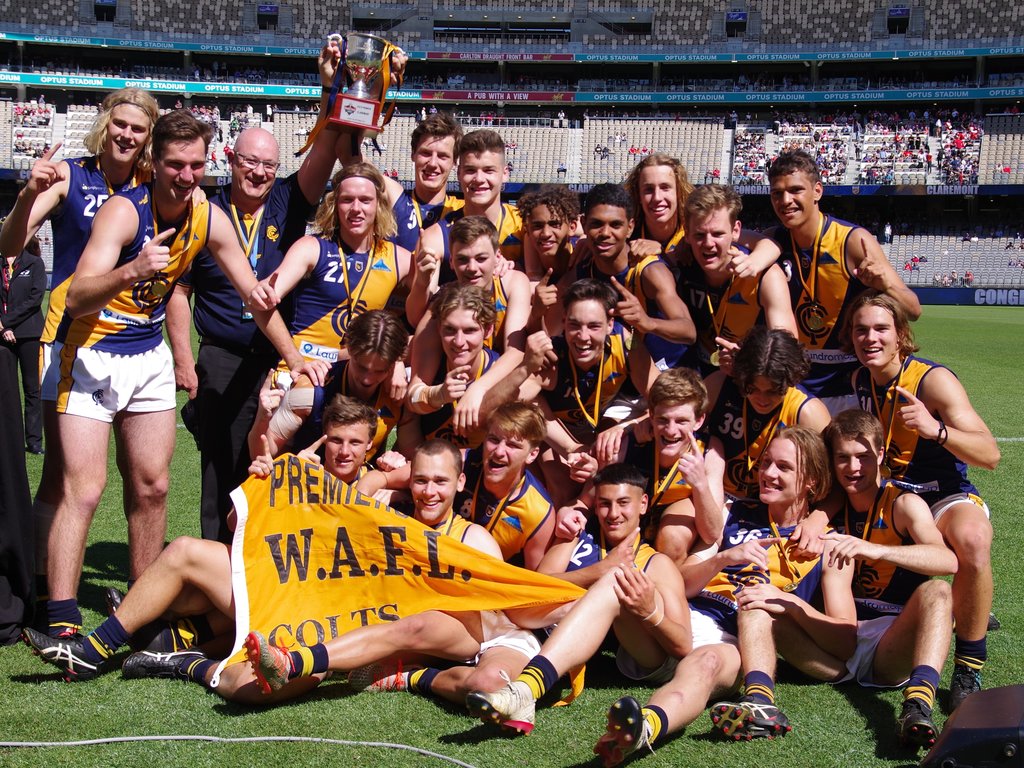