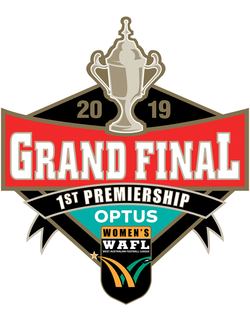 The inaugural Optus WAFL Women’s Grand Final will be played between East Fremantle and Swan Districts at 2.35pm this Saturday, September 14 at Mineral Resources Park, Lathlain.


$10,000 PREMIERSHIP GRANT
Thanks to WAFLW naming rights partner Optus, the inaugural 2019 Optus WAFLW Premiers will receive a $10,000 grant to put towards player development, equipment and facilities to help them prepare for an even bigger and better 2020 premiership season.

Activities & Entertainment
There will be plenty of entertainment on the day including a photo opportunity with a host of AFLW players, including AFLW Adelaide Crows Captain Chelsea Randall.

Simply Energy will be handing out 500 free footballs and Bupa will be on site to provide free health insurance checks.

There will be a Carlton Draught pop up bar with a special appearance by Shaun McManus from Nova 93.7 and kids can come on field at half time and ‘Chase the Swan’ for a chance to win $100!