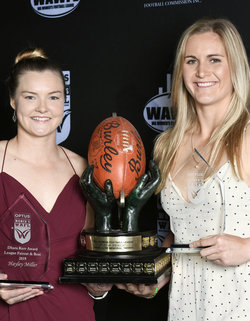 Miller polled votes in seven of the nine games she played, including one 3-vote game and four 2-vote games. Pisconeri, who had a great season in the ruck for the Lions, polled votes on six occasions including three best-on-ground performances.

Miller, who is an AFLW midfielder for Fremantle, added to the Award she won outright in 2018 by continuing her strong form in the WAFLW State League competition in 2019.

Pisconeri’s season has been rewarded with a contract for West Coast’s inaugural AFLW team in 2020, where she will join fellow recruit and housemate Emily Bonser from Claremont, who finished fifth overall in the Dhara Kerr Award count.

The tradition of the Dhara Kerr Award has been continued in the WAFLW State League competition this year after previously being presented to the fairest and best player in the WA Women’s Football League.

The Coach of the Year, presented by Fremantle Football Club, was taken out by Claremont WAFLW coach Andrew Di Loreto in his second season in charge of the Tigers’ senior women’s side.

Tester took out the Joanne Huggins Leading Goal Kicker Award with 26 goals for the season after moving to Western Australia from Broken Hill at the end of 2016 to focus on football.

She played two seasons with South Fremantle before transitioning to Subiaco as part of the WAFLW system and showed great form to be selected in the inaugural WAFLW All Stars side.

Joint winner of the Cath Boyce Rookie of the Year Award, Jessica Low from Claremont, made a great impact for the Tigers after making her League debut in Round 10 and played every WAFLW game for the remainder of the season, finding her niche as a small defender.

Lindal Rhode, who is the sister of Subiaco WAFL player Drew Rhode, tied with Low for the award after showcasing her athleticism and endurance on a wing for Subiaco, which saw her recruited as an AFLW Rookie by Fremantle earlier this year.

The WAFLW Awards were presented in partnership with the WA Women’s Football League, which also saw awards presented on the night for the women’s Reserves and U18 Rogers Cup competitions. 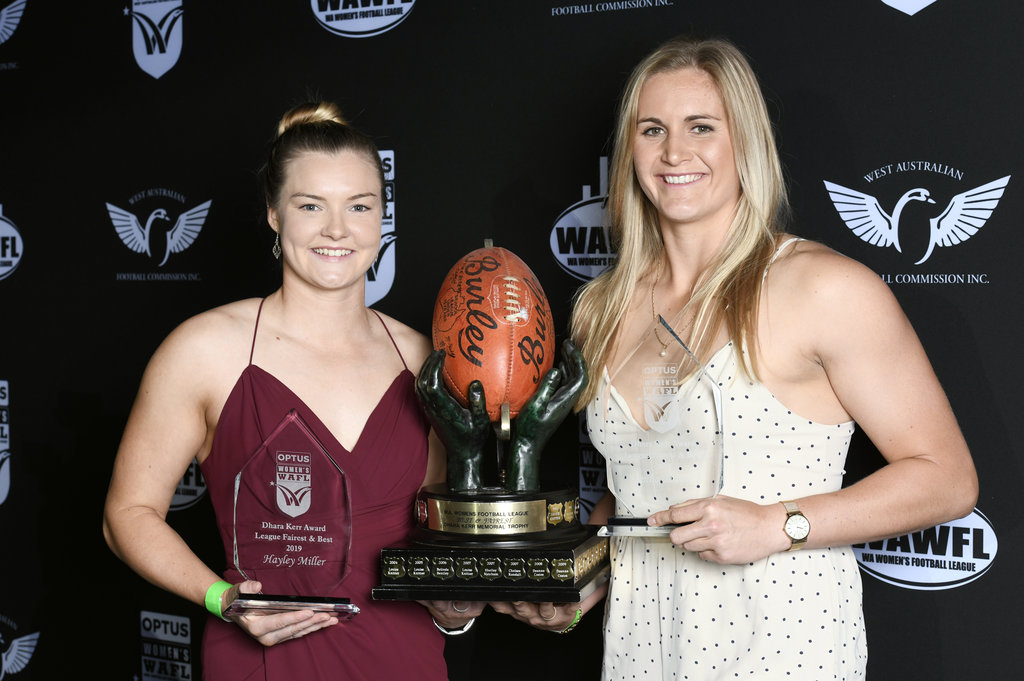