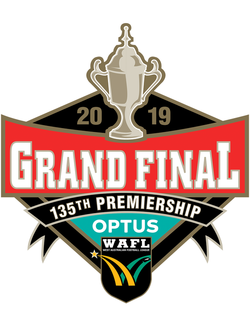 THE first team will qualify for the 2019 WAFL Grand Final on Sunday when Subiaco hosts South Fremantle in the second semi-final while Claremont also takes on the West Coast Eagles in a cut-throat first semi-final.

The 2019 Optus WAFL Finals Series got underway last weekend with South Fremantle beating Claremont in the qualifying final on Saturday at Fremantle Community Bank Oval to book in a spot against Subiaco in the second semi-final.

That second semi-final will take place this Sunday afternoon at Leederville Oval with the winner to move straight into the 2019 WAFL Grand Final at Optus Stadium on Sunday September 22.

The loser of the second semi-final will host the preliminary final next Sunday either Leederville Oval or Fremantle Community Bank Oval depending who it is.

The first semi-final will also take place on Sunday afternoon at Claremont's Revo Fitness Stadium between Claremont and the West Coast Eagles.

It's a do-or-die contest with the winner to advance to the preliminary final against the loser of the Subiaco-South Fremantle second semi-final. While the loser will see their season come to an end.

Claremont comes into the game having lost to South Fremantle in last Saturday's qualifying final but they earned a double chance by finishing third. The West Coast Eagles continued their momentum by beating West Perth last Sunday in the elimination final at Joondalup's HBF Arena.

Meanwhile in the reserves, Claremont will play West Perth in the second semi-final at Revo Fitness Stadium with the winner to advance straight to the grand final.

The loser will then play the winner of the first semi-final which will take place between Subiaco and East Fremantle at Leederville Oval.

And in the colts, West Perth plays East Perth in the first semi-final at Leederville Oval with the winner to advance to the preliminary final and the loser's season to be over.

The colts second semi-final will take place between Peel Thunder and Claremont. Despite Peel being the dominant team all season and claiming the minor premiership, it's Claremont who will get to host the second semi-final at Revo Fitness Stadium with a spot in the Grand Final up for grabs.

It's a remarkable feat by both Subiaco and South Fremantle that as they prepare to do battle in Sunday second semi-final that for a fourth consecutive year, they have finished first and second on the ladder.

For a fifth straight season, Subiaco claimed the minor premiership and they have played in the last five Grand Finals for premierships in 2014, 2015 and 2018, and losses to Peel Thunder in 2016 and 2017.

South Fremantle, meanwhile, has finished in second position in each of the past three seasons and on every occasion has lost in the preliminary final – to Peel Thunder in 2016, Subiaco in 2017 and West Perth in a stunning upset in 2018.

But both teams are back at it again in familiar positions. Subiaco is looking to win its way through to a sixth straight Grand Final while South Fremantle is looking to break that preliminary final hoodoo and qualify for a first Grand Final since 2009 – where they did defeat the Lions.

Given they have finished first and second for four straight years now, the Lions and Bulldogs have met in each of the past three finals series.

Back in 2016, they met in the second semi-final with Subiaco winning by 40 points to move straight into the Grand Final leaving South Fremantle to go on to lose the preliminary final to Peel.

Then in 2017, it was a preliminary final meeting at Leederville Oval and this time Subiaco prevailed by 32 points to again advance to the Grand Final and end the season of South Fremantle.

And last year, it was a second semi-final match up and South Fremantle jumped Subiaco early, but the Lions steadied to continue their record-breaking undefeated season to win into the Grand Final as the Bulldogs hosted a preliminary final the next week and lost to West Perth.

Subiaco has lost just one game since the 2017 Grand Final but that didn’t happen to be against South Fremantle and it was earlier this season in Round 6 at Leederville Oval so the Bulldogs will enter Sunday's second semi-final thinking it's not quite mission impossible.

Borchet has kicked 42 for the season and nine over the past two weeks forming quite the partnership with Bernie Naylor Medallist Ben Sokol who has kicked 29 goals the last five weeks and 51 for the season.

But without Borchet there, it's going to mean a different looking Subiaco forward set up meaning they might have to recall Tim Sutherland to play in the ruck and allow Lachlan Delahunty to go forward, or Rowen Powell, might have play more as a tall target in the forward-line.

South Fremantle has added Zac Strom, Zac Dent, Adam McIntosh and Tom Blechynden to its squad from the team that beat Claremont in last Saturday's qualifying final win against Claremont.

If Strom and Dent are fit, they would be automatic inclusions while McIntosh is a surprise inclusion when it appeared his season was over with a broken hand.

South Fremantle will also celebrate the 100th game of rock solid defender Jason Maskos. He has cemented himself as one of the best one-on-one defenders in the competition and now gets to celebrate his 100th game on Sunday as the Bulldogs try to win their way into the Grand Final.

His reward might even be the job on Bernie Naylor Medallist and former teammate Ben Sokol. Brandon Donaldson also reaches his 50th game on Sunday.

Then also on Sunday afternoon it will be the first ever finals meeting between Claremont and West Coast, obviously considering the Eagles are in their first ever season as a standalone WAFL entity.

Claremont is in the first semi-final having lost last week's qualifying final against South Fremantle, but the Tigers did get home with a wet sail and will look to continue that momentum now coming into Sunday's clash on home turf.

West Coast played its first ever final last Sunday as well and beat West Perth by three points in an elimination final thanks to Brady Grey kicking the last goal of the contest.

Now it's do-or-die for both the Tigers and Eagles this Sunday afternoon with the winner to advance to play the loser of the Subiaco-South Fremantle clash in a preliminary final while the season will be over for the loser.

The two teams met twice during the season and both those meetings were in the space of five weeks of one another, but now were months ago and both teams are featuring significantly different line-ups now.

West Coast won the first clash by two points in a heart stopper in Round 4 at Revo Fitness Stadium before Claremont dominated the return clash which was played at Optus Stadium in Round 8, with the Tigers winning by 31 points.

From the Claremont team that lost to South Fremantle by seven points last Saturday, Tom Lee, Bailey Bennett, Tom Curren, Harry McCracken and Alec Waterman have been added to the extended squad named to face the West Coast Eagles.

At this stage, Jack Bradshaw is the only out for the Tigers from the team that faced the Bulldogs.

From the team that beat West Perth, Mitch Curnow and Brayden Ainsworth go out of the team.