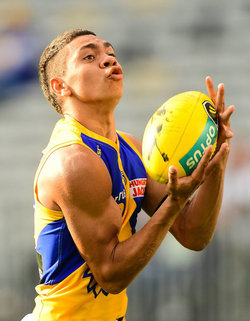 Under the WAFL Rules & Regulations, there is provision for the West Coast Eagles to apply for players to participate in WAFL Finals when they are not qualified under Finals Qualification Rules, if they meet the special permission eligibility criteria as ‘young emerging’ or ‘long term injured’ players.

This rule is designed to provide AFL clubs with scope to manage their list given the development needs of young emerging players and long term injured players. Any request endorsed must sit within the maximum WAFL Finals cap of seventeen (17) AFL-listed players and up to three (3) Category B Rookies, which includes up to one Next Generation Academy player.

Based on these Rules and Regulations, Jarrod Cameron and Category B Rookie Patrick Bines have been granted special permission to participate in this weekend’s WAFL Elimination Final as young emerging players. Bines also qualifies under long term injured player criteria after missing the majority of the season through injury.

Bines, who is classified as a first-year AFL Category B Rookie from a non-football background, has played a total of four (4) WAFL League matches including three (3) of the last eight matches, leaving him one (1) match short of automatic WAFL Finals qualification.

Jarrod Cameron has played a total of ten (10) WAFL League matches including two (2) of the last eight matches, leaving him one (1) match in three (3) of the club’s last eight (8) short of automatic WAFL Finals qualification.

The decision to grant Bines and Cameron permission to play was based on:

Permission is granted for week 1 of the WAFL Finals only, with the option to review thereafter.

Mark Hutchings and Liam Duggan have not been granted special permission to play in WAFL Finals based on:

WAFC Executive Manager - WAFL & Football Operations Scott Baker said the final decision was reached with the full consideration of the WAFC Board of Commissioners.

“Having considered the West Coast Eagles request in line with the competition’s rules and more broadly the overall integrity of the WAFL competition, it was determined that Patrick and Jarrod both clearly met the eligibility criteria.”

“It is important to note that this decision only applies to the first week of WAFL Finals. Should West Coast’s WAFL team win this week, the club will have open selection in week two of the WAFL Finals, with the AFL side still competing in the AFL Finals in the same Round,” Baker said.