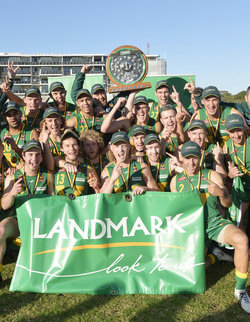 The 55th Landmark Country Football Championships will take place in Perth this week with 18 sides from country WA taking to the field across four divisions.

Reigning champions South West will be aiming for a fourth consecutive Colts title as they compete against Peel, Regional Districts, Great Southern Storm and the Northern Suns. The qualifying action continues on Friday, with finals to be held on Saturday.

Senior championships will be played across three divisions, with Division 1 this Friday at Joondalup Arena and Saturday at Bassendean Oval. Finals for all senior Divisions will be played at Claremont Oval on Sunday.

Division 2 will see Mortlock, Ongerup, Great Northern and the promoted Eastern Districts battle it out at Richard Guelfi Reserve, Balcatta, on Friday and Rushton Park on Saturday.

The Regional All-stars, comprising of players from non-competing leagues, will again compete in Division 3 alongside the Great Southern, Central Wheatbelt and North Midlands sides at Bassendean Oval on Friday and Rushton Park on Saturday.