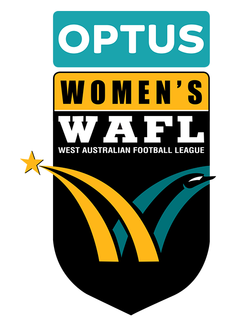 FOLLOWING the break for the general bye to play the All-Stars Game, the 2019 Optus WAFL Women's Premiership Season resumes this weekend for Round 6 action with the top two teams going at it as do the bottom two sides.

Following the first five rounds of the inaugural WAFLW season, the competition took a break last weekend with the WAFLW All-Stars taking on a team made up of AFLW State 18s players, with the WAFLW side proving victorious.

The second game of the round takes place on Sunday afternoon and will be livestreamed from 2pm from Leederville Oval with the league-leading Subiaco playing host to the second placed Claremont.

East Fremantle has the Round 6 bye in the WAFLW having started the season winning two and losing two of their opening four matches.

Swan Districts hasn’t played a WAFL Women's contest since a big win over Peel Thunder back on May 25 and now in the black-and-whites first game back in action, it's against the same opponent again at Steel Blue Oval on Saturday.

Swan Districts made a solid start to the inaugural WAFLW season opening with a loss to Subiaco before a big win over Claremont the next week.

Then following a defeat to East Fremantle on the road, Swan Districts returned home in Round 4 and scored a commanding 46-point victory against the winless Peel Thunder.

That was Swans' last game with a bye to come in Round 5 of the WAFLW season and then the general bye last weekend as a WAFLW All-Stars team took on an AFLW State 18s team.

But now Swan Districts is back in WAFLW action this Saturday and it's a familiar opponent and venue. Swans will take on Peel on Saturday from 2.45pm at Steel Blue Oval.

Also on Saturday at Steel Blue Oval, Swan Districts' Youth Girls team will take on Claremont in the Rogers Cup contest from 8.40am.

The reserves clash with Claremont will then follow at 12.45pm leading into the league WAFLW clash between Peel Thunder and Swan Districts.

Swans come into the game with a 2-2 record from the opening four games of the 2019 season.

The wins over Claremont and Peel have been emphatic while the losses were also by margins more than Swans would have hoped against East Fremantle and Subiaco.

That leaves Saturday's clash with Peel as a crucial one in the context of the season for Swan Districts. A win and they improve to a 3-2 record and stay in touch with the top teams in the competition.

But a loss would see them slip to 2-3 and start to lose a degree of touch with those up the top of the ladder.

Looking back on the game three weeks ago against Peel that Swan Districts won by 46 points, there was plenty to like from a black-and-whites perspective.

Ashley Sharp, Shanae Davison and Bronwyn Hansen all kicked three goals for Swans while Imahara Cameron and Nyra Anderson were other standout performers.

While Peel comes into Saturday's game against Swans winless so far this WAFLW season, they do have a team capable of better.

Any team that includes talent like Tayla Bresland, Shannon Whale, Ebony Dowson, Abby Barnden, Demi Liddle and a host of other quality players can't be taken lightly, and is going to start winning games sooner or later.

The second game in Round 6 of the WAFLW competition should then be a beauty as well between the top two teams on the ladder, Subiaco and Claremont.

Both the Lions and Tigers have opened the inaugural WAFLW season in 2019 winning three of their opening four matches meaning the winner on Sunday afternoon at Leederville Oval will move a game clear in top spot.

Subiaco started the season beating Swan Districts by 29 points before an 11-point win against East Fremantle, seven-point loss to Claremont and then 51-point victory over Peel.

Meanwhile, Claremont had the bye in Round 1 and then lost to Swan Districts by 36 points in Round 2 but they have strung three wins together since.

The Tigers have beaten the Thunder by three points, Lions by seven points and Sharks by a point to now look to make it four successive wins on Sunday and to also beat Subiaco for the second time this season as well.