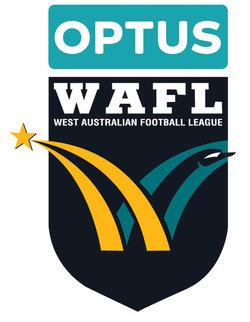 THE four teams who had the last weekend off will take part in the only two matches of Round 10 in the WAFL with Peel Thunder hosting South Fremantle on Saturday, and Swan Districts taking on Claremont on Sunday.

Coming off the WA Day long weekend, the Thunder, Bulldogs, Swans and Tigers all had the bye in Round 9.

While they sat out the action, Subiaco defeated Perth on Saturday while East Fremantle and West Perth scored emphatic victories over East Perth and the West Coast Eagles respectively on Sunday afternoon.

Now there are just the two games in Round 10 of the WAFL season this weekend.

The action gets underway with the standalone clash on Saturday afternoon at Mandurah's David Grays Arena with Peel Thunder hosting South Fremantle.

The other game of the weekend takes place on Sunday afternoon from Bassendean's Steel Blue Oval with Swan Districts playing Claremont. That game will be broadcast live on Channel 7 from 2pm.

TABTOUCH TEAM OF ROUND 9
OPTUS WAFL ROUND 9 WRAP

Round 10 in the WAFL begins on Saturday afternoon with Peel Thunder hosting South Fremantle at David Grays Arena.

The Thunder come into the game in sixth position on the WAFL ladder having lost their last up clash with Subiaco also on home turf by 41 points two weeks ago to now have lost their past three matches to hold a 3-5 record.

Meanwhile, South Fremantle makes the trip to Mandurah as the form team in the competition having won six consecutive matches to hold a 7-1 record following the WA Day Foundation Derby win that came despite the loss of Haiden Schloithe, Shaun Bewick and Jake Florenca during the day.

With the Bulldogs out to consolidate second position and maintain pace with the league-leading Subiaco and the Thunder looking to break back into the top five, there's plenty on the line for both clubs in Saturday's standalone WAFL fixture.

South Fremantle comes into the game as the highest-scoring team in the competition with 93.8 points a game while also ranked third defensively, conceding 66.0 points. Peel is averaging 74.9 points for and 82.6 points against so far in 2019.

The Bulldogs also win significantly more of the ball than the Thunder with South Fremantle having racked up an average of 46.3 more disposals a game than their opponents this year while Peel is averaging 18.8 touches fewer than the team they play against.

Across the season to date, South Fremantle has been the third best first quarter team in the competition while ranked second in second terms, fourth in third stanzas and second best in last quarters.

From the South Fremantle team that beat East Fremantle back on WA Day, the Bulldogs do lose Haiden Schloithe, Shaun Bewick and Brandon Donaldson to injury.

The Bulldogs have then added potential debutants Kyle Hamersley and Trent Reed to their squad to take on the Thunder along with Daniel Cabassi, Blair Della Franca, Seaton Thompson and Caleb Datson.

South Fremantle ruckman Brock Higgins will also be celebrating his 100th game for the Bulldogs.

There are plenty of changes with Peel with Traye Bennell, Hugh Dixon, Haydn Matthews, Jordan Boullineau, Matthew Piggott and James Sturrock added to the squad that lost to Subiaco a fortnight ago.

The second game of Round 10 in the WAFL then takes place on Sunday afternoon at Steel Blue Oval and it's a big game for both Swan Districts and Claremont.

Swans come into the game with a 2-6 record but they do deserve to feel their form is significantly better than that suggests.

But that's the reality and another loss on Sunday would make it decidedly difficult for the black-and-whites to stay in the finals hunt for 2019.

Claremont, meanwhile, enters in Round 10 in fourth position on the ladder with a 5-3 record and coming off a strong 31-point victory over the West Coast Eagles at Optus Stadium two weeks ago.

Swan Districts might have won just the two games so far this season, but the black-and-whites have been a whole lot more competitive than that suggests.

Just two weeks ago, Swans were again in a winning position most of the afternoon before losing to Perth by six points having conceded the last two goals of the game. That was the second nail-biting loss for the season against the Demons that could have gone either way.

Swans have also suffered narrow losses to South Fremantle, East Perth, Subiaco and East Fremantle in games that could have also gone the other direction.

However, that wasn’t the case and Sunday needs to be the time for Swan Districts to turn those efforts of going so close into victories to remain in the finals hunt this season.

It's not going to be easy against a Claremont team coming off that good win over the Eagles and whose best football this season is capable of being as good as any side in the competition.

There are plenty of changes at Swan Districts coming off that narrow loss to Perth and with the two weeks in between before getting to play again in a search for the third win of the season.

Jesse Glass-McCasker returns to strengthen the Swan Districts' defence after missing the game against Perth while Jack O'Sullivan, Ethan Maguire and Dylan Smith have been added to the extended squad as well.

Then there have been three potential debutants for Swans added to the squad – Jordan Bill, Patrick Farrant and Lachlan Riley.

Josh Cipro, Mitchell Bain and Nathan Ireland are the three players at this stage to make room in the Swan Districts' team.

And from the Claremont team that produced a strong performance to beat West Coast by 31 points a fortnight ago at Optus Stadium, there are no outs to the team at this stage but Haydn Busher, Jesse Laurie, Jordan Law and Matthew Palfrey have all been added to the extended squad.