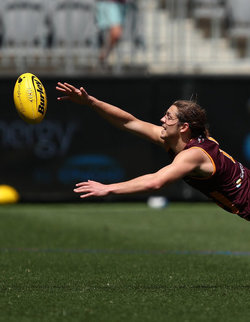 IT was an exciting start to the 2019 WAFL Colts season with a couple of thrilling contests and a host of standout performances from emerging stars.

All four Round 1 WAFL Colts matches took place on Saturday with two of them decided by less than a goal.

Vote for the Round 1 Simply Energy Colts Young Gun here

Claremont Oval played host to a thriller to open the 2019 WAFL Colts season with East Fremantle managing to get over the line against Claremont by two points.

After both teams kicked two goals apiece in the opening quarter, East Fremantle kicked away in the second quarter with four goals to two to lead by nine points at  half-time.

Claremont turned things back around in the third term with three goals to nil to lead by 10 points at three quarter-time.

The Tigers were still 10 points up after a Tom Wolfe goal late in the piece, but the Sharks would have the field say with two goals inside two minutes courtesy of Trey Ruscoe to secure the nail-biting 10.6 (66) to 9.10 (64) victory.

Trent Rivers racked up 26 possessions for the Sharks with Chad Warner gathering 24 disposals to go with seven tackles and a goal.

Tom Baldwin and Ben Elliott kicked two goals apiece for Claremont while both had 19 disposals each.

The colts contest at Steel Blue Oval on Saturday was a dramatic affair and ended up with Swan Districts kicking the last goal of the game to win 9.9 (63) to 8.11 (59).

Swans did lead by 14 points at half-time and were still on top by 12 points by three quarter-time.

But South Fremantle kicked the first two goals of the last quarter to lead by three points until Kade Wallrodt proved the match-winner kicking the last goal of the contest as the black-and-whites won by four points.

East Perth made an impressive start to its 2019 WAFL Colts campaign beating the reigning premier Subiaco by 33 points in the clash of the Leederville Oval co-tenants.

Subiaco's colts are coming off the premiership from 2018 but have a new coach with Chayce Creedy taking over from Beau Wardman who is now coaching the league side.

But the Lions couldn’t get their premiership defence off to a winning start with East Perth proving too strong with Garry Moss coaching.

East Perth started well kicking five goals to three in the first quarter and then kicked the only two goals of the second term to lead by 27 points at half-time.

The Thunder got off to a good start in the first quarter on home soil to open the new season kicking four goals to one against the Falcons to lead by 18 points at the first change.

West Perth did mount a comeback in the second quarter to close Peel's lead to just three points at the main break, but the Thunder again pulled away with three goals to one in the third term.