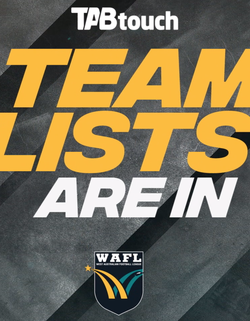 The TABTouch Team lists are locked in for Round 1 of the Optus WAFL Premiership Season.

WITH the arrival of the West Coast Eagles as a standalone team and a 10-side competition for the first time there's plenty of excitement surrounding the opening of the 2019 Optus WAFL season.

Round 1 of the 2019 season begins this Saturday with five matches as the 10 teams all lock horns determined to make a winning start.