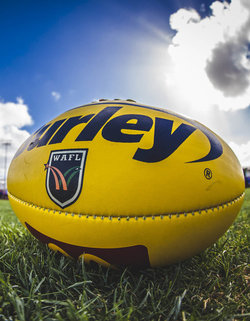 The West Australian Football Commission, in consultation with the WAFL Clubs and West Coast Eagles, has finalised details regarding Total Player Payments and Players Points allocations for West Coast’s WAFL team in 2019

WAFC Executive Manager Talent and Football Operations Scott Baker said West Coast would be required to adhere to agreed recruiting conditions in building their top-up list with the aim of being competitive without becoming too dominant in the WAFL.

“The development of these Rules and Regulations has been undertaken in the best overall interests of the WAFL competition to maintain a competitive balance,” he said.

“The intention is for West Coast to develop a top up list that compliments their AFL-listed players without unduly impacting the current WAFL Club player lists.

“It is also important to note that West Coast will not have a Reserves or Colts team in the WAFL so all young AFL recruits and Category B Rookies that may not have previously played football at this level, if at all, will be required to play in the WAFL League side. Therefore, they will require some experienced top-up players to ensure they are competitive.”

West Coast’s top-up list will include a minimum of 15 players across nine recruitment categories to a maximum value of 60 points under the WAFL’s existing Player Points system.

Player match payments will also be capped to ensure that West Coast has Player Payment and Points restrictions scaled in comparison to the nine WAFL clubs to establish the best possible competitive balance.

West Coast may also enter discussions with WAFL clubs to loan up to one player from each club per season and will release any WAFL player they select in the Mid-Season AFL Draft back to their respective WAFL Club if they aren’t selected to play AFL.